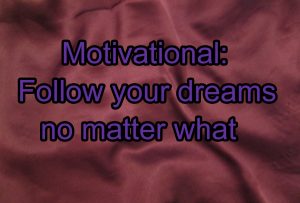 We all have a dream. My dream is to land a deal with a recognisable publishing house, to either have my blogs published into books, or to write my own works of fiction with characters I have created years ago in my mind. 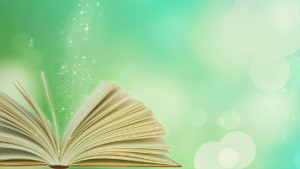 The problem is however that most of us give up on our dreams somewhere along the line. This is mainly due to the influence of others (see my article titled The influence of others can make you or break you), but it is also often due to our own devices.The problem being that we simply don’t believe our dreams will ever be a reality. If we did, we wouldn’t even let the disparaging words of others faze us. We would march on like soldiers until we reached our ultimate destination…. Our one true goal. 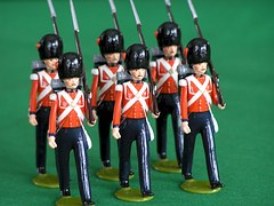 I too let myself give up on my dreams for a while, believing they would never be in reach or that I would never be good enough at writing to even be able to create one successful blog. Now, less than a year later, here I am, with a few blogs, a career in content writing for reputable websites and a steady, supportive following of regular readers. 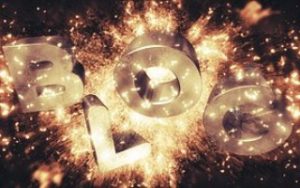 All I did was allow myself to believe again. I realised that without our dreams we have no real purpose or goal to work towards. What is the point to life then really? I also realised that the worst thing that could happen is that I could fail miserably in the end. So what? Failing wouldn’t kill me, it would just mean I had the guts to reach for something I have always wanted. Win or lose, at least I am trying (see the following article Motivational: Don’t let the fear of failure or success, pull you down). 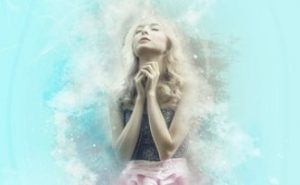 I am not only following my dreams, but I have also left a career that gave me no pleasure and studies (Education/Teaching Degree) that bored me to death. I took a risk and I am not sorry. 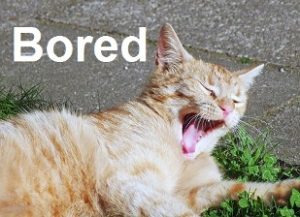 The world is full of famous people who followed their dreams and found success against all odds. The reason for this being they never gave up hope. They never gave up believing. They never gave up on their dreams. People such as Beverly Donofrio, Oprah Winfrey and Chris Gardner to name but a few. Even hardships did not stand in their way, which just goes the show the power that having a dream holds. All we have to do is to keep following it no matter what.
xxxxxxx
Academics Can Kill Your Sanity 2016 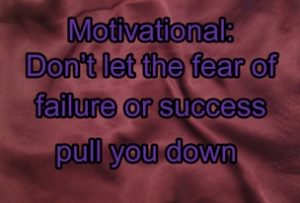 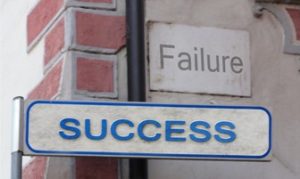 It is still a little known fact that just as many people (if not more) fear success, as those who fear failure. But why would anyone fear success? 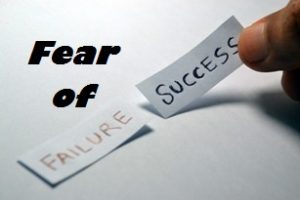 The answer is actually quite simple. Many people fear success because we as human beings fear change as well as the unknown, and as we all know, with success comes both (change and the unknown). The trick however to beating this fear, is to tell yourself that nothing can stay constant (the same) forever. Change is inevitable, and even though the huge changes that success brings might be daunting, do you really want your life to stay the same forever? Exactly, no you don’t. Then why fear your own success? 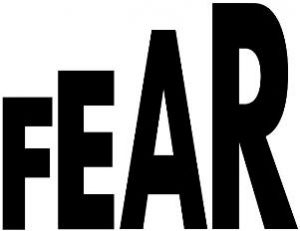 Think about it. I know I would much rather live an interesting life full of change, than a bland one in which everything stays the same for an eternity. Can you imagine doing what you are doing now forever? Since most of you reading this are students, can you picture being a student for the rest of your life? No of course not. You want to be a doctor, lawyer, teacher or whatever it is you are studying towards. So don’t fear your ultimate goal, which is exactly what you are doing when you give into fears of your own success. 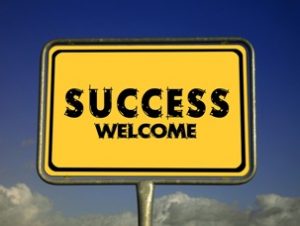 As for the fear of failure. Failure was something that I feared so much that I let it ruin everything for me. All I had to do was realise that I hadn’t failed yet. And even if I did (fail), why on earth would it have been the end of the world for me? Exactly, it wouldn’t have. I would have just tried and tried again until I succeeded. 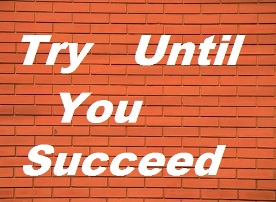 Remember failure is not absolute. If we fail, we can always try again. Yet we tend to live as if failing once would be the end of us, as if it would mean game over without the option to respawn ourselves. Failure cannot kill you! So don’t fear it so much! We can’t always be perfect at everything and do everything perfectly all the time. Failure is part of being human. Think of it (failure) as going to the loo or farting – annoying and embarrassing, yet part of being human. 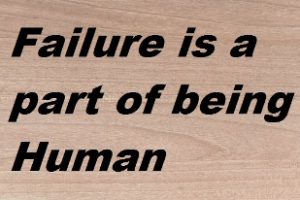 As I have said so many times before, we control our own destiny, and that means that you control your own future (and attitude towards it), so don’t let fear pull you down and prevent you from reaching the heights you were meant to.